Coinciding with a long phase of working on something else* has been a long phase of figuring out where The Dawn Star’s 3D art will come from. And what it will look like. And how it will be made to look like that. I intend to keep the basic Captain Forever silhouettes and simply extend those ideas into the third dimension, then add extra detail. My original plan was to manually greeble the models, as shown in the command module here: 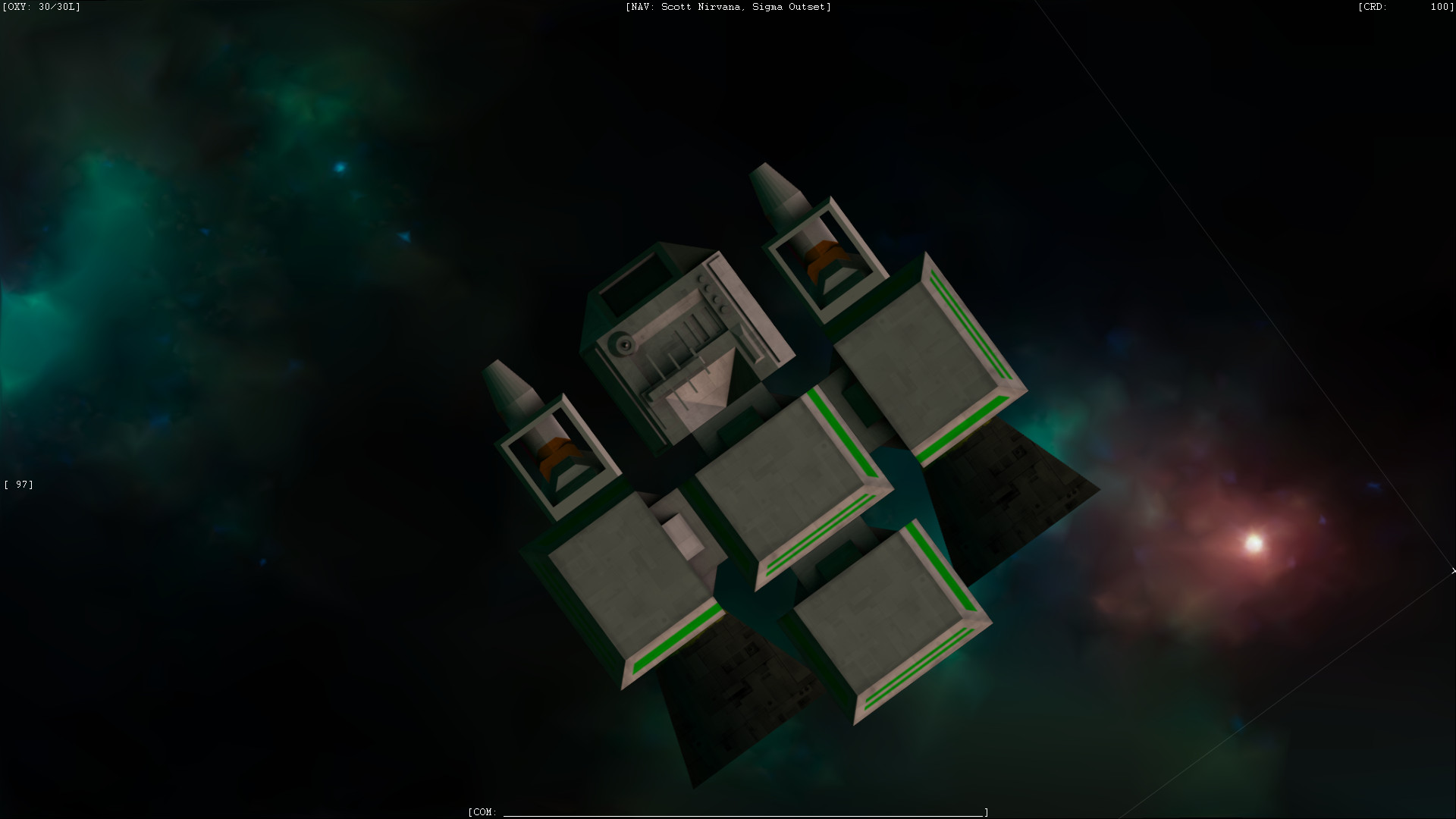 The problem was, that didn’t result in very much surface detail and grew increasingly complex as I added more detail. Manual modeling just didn’t seem feasible, especially since I have almost no experience with it.

This week I’ve looked into kitbashing, which might yield much better results. The idea there is to take many little pieces from other models and cut and arrange them to make new ones. This can be a very fast and effective way to greeble a model, so should work quite well here. It can also result in highly unoptimised models, which are slow to render and generally unusable in a game. However, since I’m pre-rendering all of my models into sprite sheets I don’t need to worry about that much at all. Hooray!

My next step is to figure out what software to use. I’ve had a lot of success using Sketchup for simple models, but it gets unwieldy as I add detail. 3D Coat on the other hand seems to work well for blatting on techno-greeble-chunks but hasn’t been useful at all for fine detail. So, my new plan is to build very simple and precise outlines in Sketchup and then detail and texture them in 3D Coat. Wish me luck!

<3 Farbs * Adding co-op to the Card Hunter campaign, which will hopefully be finished soon.